Founded in 1969 PERI is the worlds leading manufacturer and supplier of formwork and scaffolding systems. In 2018 PERI group acquired a minority stake in COBOD. Since then both companies work closely together and push the boundaries of 3D construction printing. In 2020, using a COBOD BOD 2, PERI realized the first 3D-printed residential building in Germany and the biggest printed apartment building in Europe.

The first house on German soil has been built in North Rhine-Westphalia with one of COBOD’s 3D construction printers. The two-story single-family house offers around 160 square meters of living space. The building consists of triple-layer cavity walls filled with an insulation.

Using BOD2 in 3D construction printing brings several advantages for PERI like time saving, streamlining construction processes and thereby reducing costs. The skilled labor shortage is a problem all over the world that PERI also tries to encounter through COBOD’s 3D printing technology.

The state of North Rhine-Westphalia, Germany’s biggest state with more than 16 million inhabitants also supported the project with an additional 200,000€. This is one example of many, where COBOD’s technology is supported by governmental efforts. Further, the Beckum building has passed the very high standards of the German building code. A big achievement for COBOD and for PERI on this joint adventure of bringing 3D construction printing into the mainstream.

From a global perspective, this project has set new standards from a design and architecture standpoint. We are happy to have such an experienced partner like PERI as a minority shareholder. 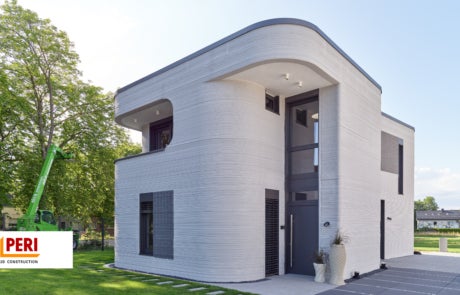 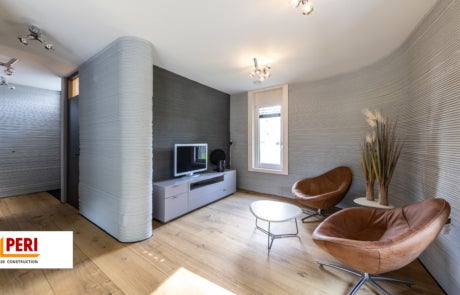 After the first two-story residential building PERI applied BOD2 to an even bigger building project. The first 3D printed 3-story building in Europe.

Together with our partner we constantly aim to push the boundaries of 3D construction printing. In this case BOD2 – Our 3D construction printer was deployed in a small city called Wallenhausen in Bavaria to print a 380m2 big multifamily residential building. In total the house includes five apartments. Since August 2021 the first residents have moved into the multi-family house.

The building is 380m2 big in size and spreads over three floors. The BOD2 at use was 12.5 m x 20 m x 10 m which equals a printer size of 5-8-4. We are extremely proud that projects of this size can no longer be debated and are just a reality passing the regulations of the strict German building code.

Henrik Lund-Nielsen, our Founder and General Manager commented: “We are incredibly pleased that we are starting to see the fruits of the many 3D construction printers sold. After delays due to the coronavirus pandemic, the first projects are now ready. The commercial nature of the new building proves the competitiveness of 3D construction printing technology for three-story buildings and apartment buildings. Our printers are thus reaching entirely new markets.” 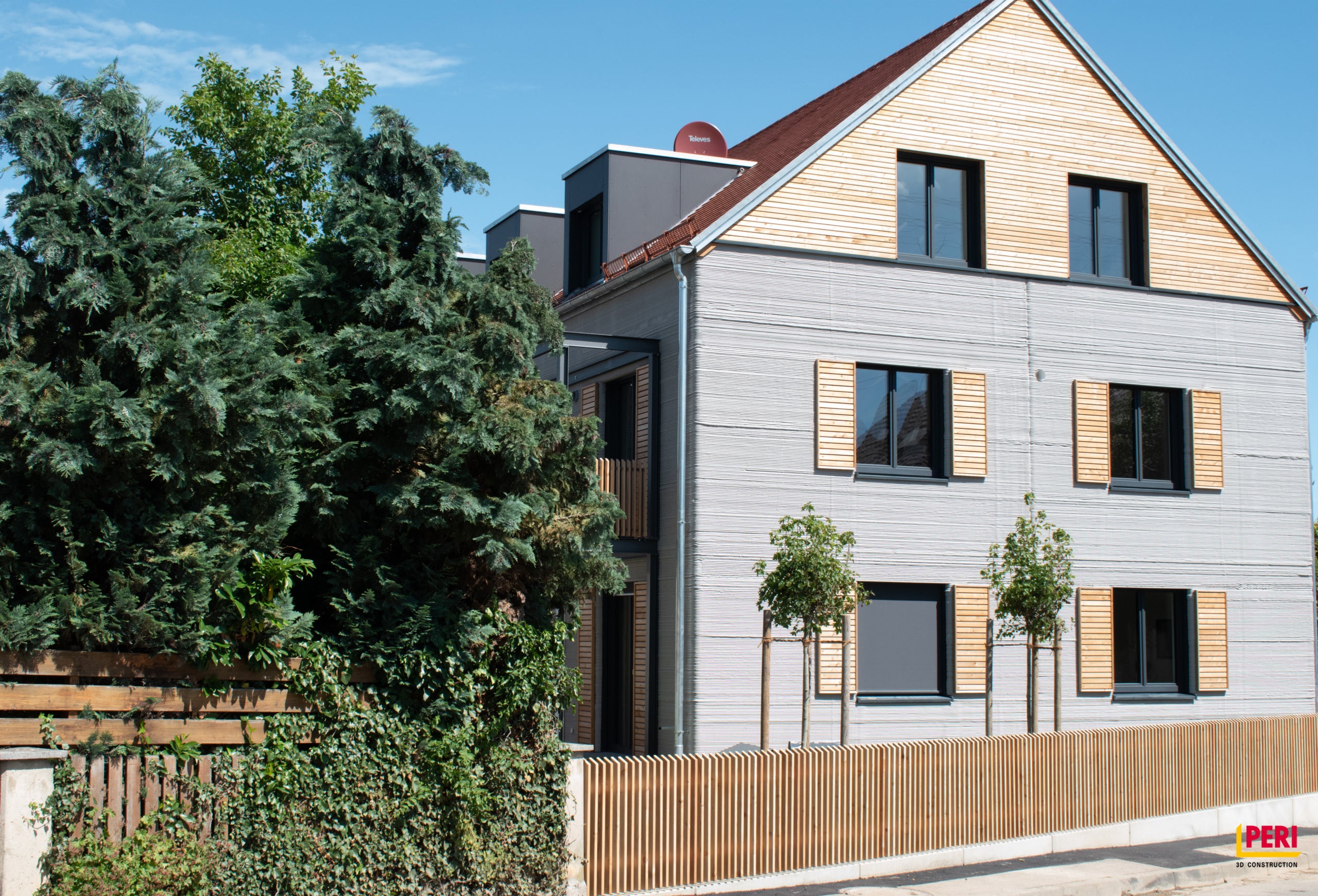 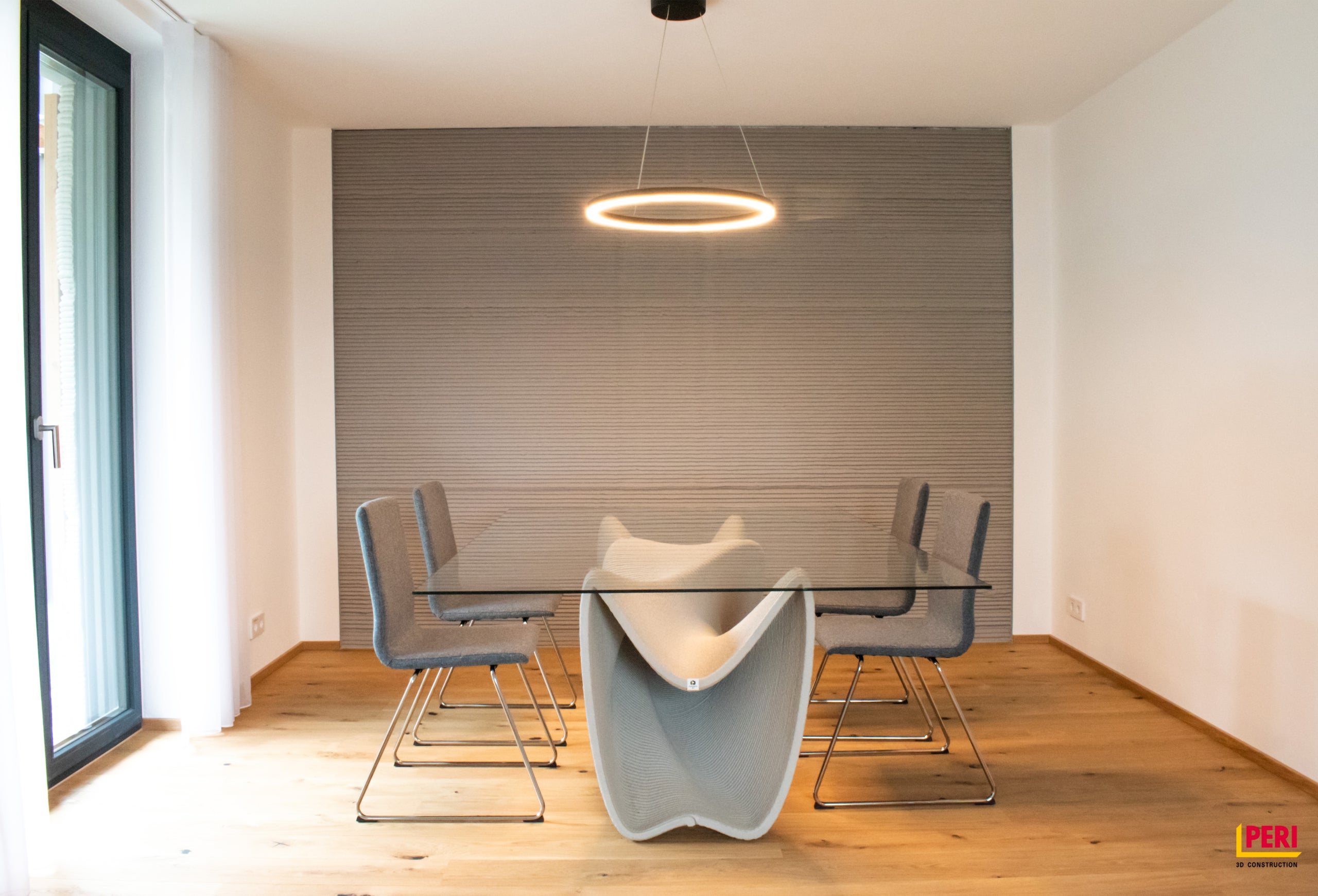 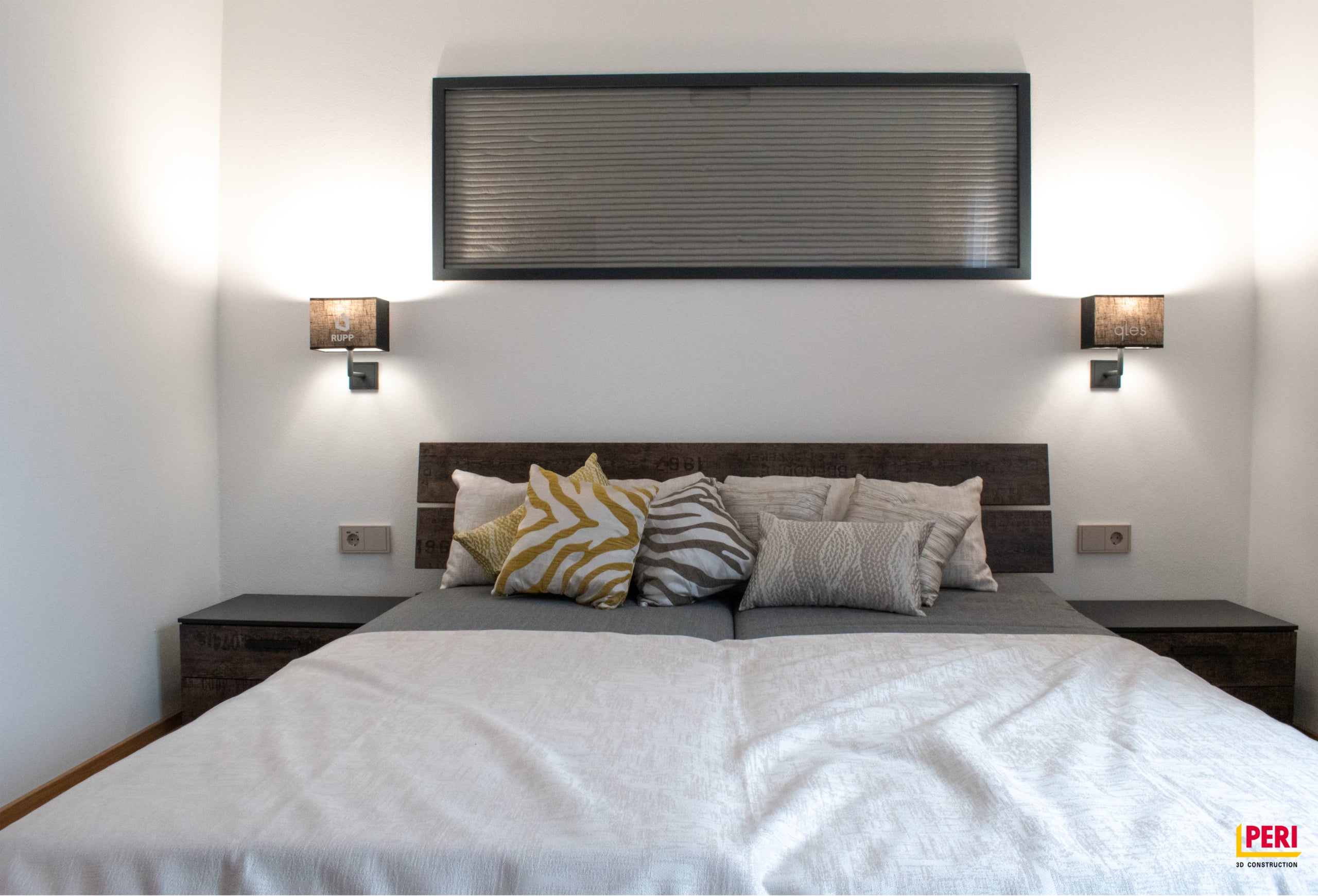