April 21, Bergen, NY – GE Renewable Energy today held a ribbon-cutting ceremony to inaugurate a new state-of-the-art research and development facility for automated construction of reinforced concrete bases for extra tall wind-turbine towers based on a 3D printing system. The facility will be used for research, which will enable GE to 3D print and reinforce the bottom part of the tall wind turbine towers on-site at onshore wind farms.

The GE facility contains a new 3D concrete printing system developed by COBOD, in addition to a concrete batch mixing plant and pump. As a direct result of the development of a new giant printhead, the new printing system from COBOD is capable of 3D printing real concrete in volumes never seen before.

At the grand opening Henrik Lund-Nielsen, Founder & General Manager of COBOD said: “We are extremely proud to have delivered a completely new type of 3D concrete printer for this world-class and state-of-the-art facility paving the way for future construction and how we do wind farms. The printer we have delivered is second to none, with the ability to print layers with an unprecedented large width and height not seen before and a print capability of more than 10 tons of real concrete per hour. This is a 3D printer for large-scale and industrial volume printing and there is nothing like this anywhere in the world. With this output volume, we could have printed The BOD Building, Europe’s first 3D printed building, which we did in 2017 in just 2 hours.” 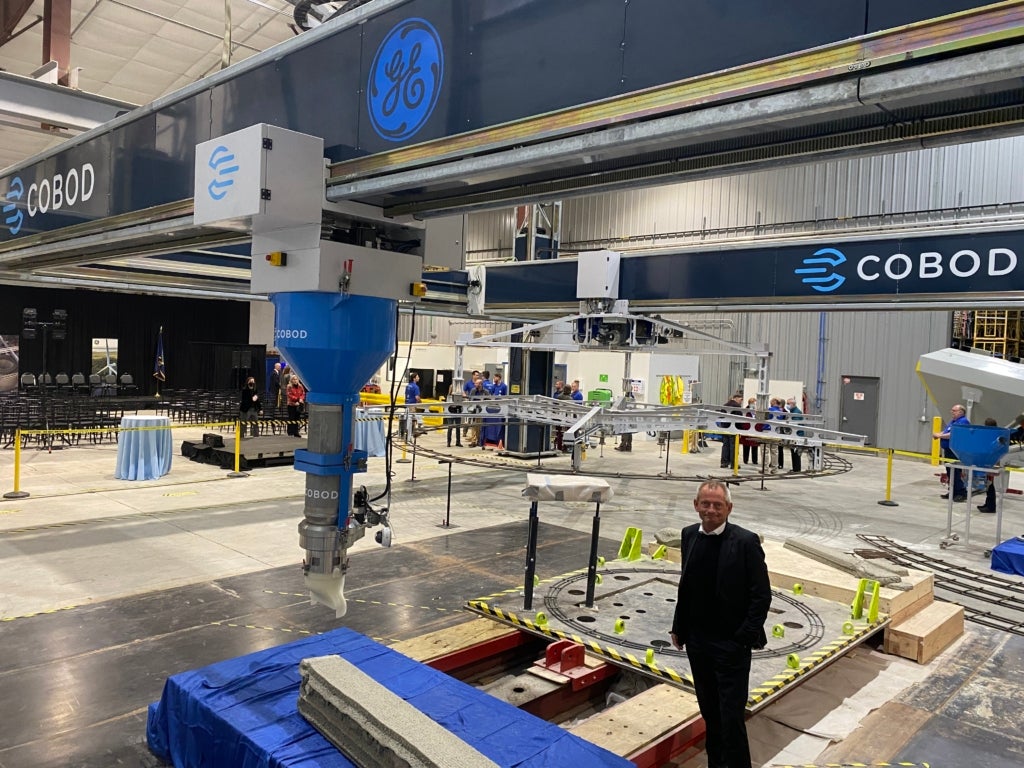 The new printer system from COBOD is a further development of the very successful BOD2 printer system, which so far has been the best-selling 3D concrete printer globally with more than 50 units ordered. The BOD2 printers have been used to print everything from single-floor residential housing to schools, offices, three-floor apartment buildings, concrete structures for the oil & gas industry, and wind-turbine tower bases.

Like the BOD2 printer, the new printer is a modular gantry type printer, but to deliver the output volumes required for GE’s large-scale application, the printer modules have grown to the double size of the BOD2 modules in all dimensions. This means, that the printer can handle even bigger prints than the BOD2 and still be very stable and precise even when printing fast. In addition, COBOD has added a second axis to the X-axis carrying the printhead for automated reinforcement of the printed structures.

Henrik Lund-Nielsen explained:  By supplying the printer with two X-axis, where one is dedicated to concrete printing and the other X-axis to a tool, which automatically can pick up and place reinforcement on the printed concrete, the printer is no longer “just” a printer, but is, in fact, the first multifunctional construction robot in the world capable of making fully automated construction of reinforced concrete structures. 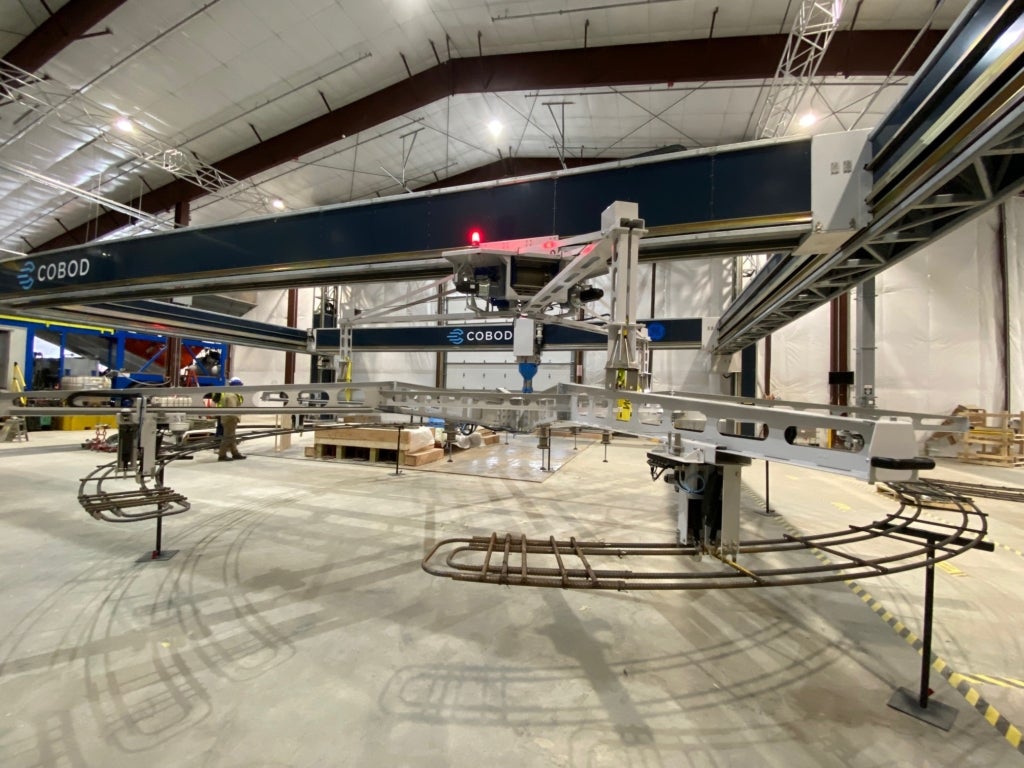 COBOD was featured on BBC1 News and on BBC World Radio, where we discussed the potential of the amazing new printer.

Our mission is to disrupt the global construction industry through world-class 3D automation. Faster. Better. Cheaper. We 3D printed Europe’s first building in 2017. Subsequently the first 2- and 3-story buildings in Belgium and Germany were made with our technology. Also, the first villa in Dubai and the first buildings in Africa have been done by our 3D construction printers, like the first wind turbine bases. We have an open-source strategy, partnering with customers, academic institutions, and suppliers around the world. Our partners include GE (US), PERI (Germany), Cemex (Mexico), Holcim (Switzerland), Dar Al Arkan (Saudi Arabia), L&T Construction (India), and JGC (Japan). Our vision is to see 3D printed and robotics constructed buildings and concrete structures in every city around the world. HQ in Denmark, +80 highly competent pioneers from 20 nationalities, and a truly global presence in Asia, Middle East, Africa, Europe, North, Latin, and South America.